Common misconceptions of drug addicts
Junkies are lazy people.
Drug addicts may seem lazy, but not always lazy. In fact, they tend to be very motivated to satisfy their cravings. You actually need to leave a lot of energy to plan and make sure there is enough of the drug for the rest of the day and for tomorrow andthe day after.
Whether it's making sure you have access to the computer for pornography, or that you have enough rationed alcohol for the next day. Planning to get and ration your medicine to make sure you have enough of it while hiding from those around you requires a lot of effort.
When an addict gets sober, they are quite surprised to find a lot of free time and do not know how to use it because it has always been consumed by addictive behavior. That is why it is important to fill the time of a sober addict with other healthy behaviors.
Addicts are stupid.
An addicted brain suffers changes that lead to irrational behavior. Junkies do stupid things, but they are not dumb. The irrational (pre-rational to be more precise) part of the brain sequestered the rational side of the brain (pre-frontal cortex). That's why they make emotional choices that seem irrational, and some drug addicts make bad decisions for fear of abstinence.
Drug addicts live a carefree life.
Many non-abusers I knew seem to be a little envious of those who use drugs or alcohol all day long to escape responsibility or live in their own world without worries. In fact, an addict who has to self-medicates to feel normal – whether it's drugs, alcohol or pornography – often doesn't have a good time because they're just trying to feel normal. Remember that a new "set-point" of normal feeling has been made inside an addicted brain.
Pornography addicted can feel very irritable or experience fuzzy thinking without pornography. Alcoholics and drug addicts feel depressed, hopeless, or physically ill without their substance. This is a life that has more and more physical, mental and emotional difficulties, where engaging in addiction no longer makes the abuser feel euphoric, but normal.
Drug addicts are slaves. They have to continue to use it, though many of them knowthat it is wrong. They often have to lie to those who love and keep a life dishonest to feel normal.
Drug addicts are often paranoid and deal with greater fears than non-abusers. They know that their games cannot be kept. They usually know that sooner or later they will be caught and know that their addiction will cause serious problems in their relationships and in some cases can kill them.
Abusers lack the willpower.
It is true that drug addicts usually lack the willpower to overcome addiction, but remember that it is because of the change in the brain caused by addiction. Because of the deteriorating nature of addiction in the individual's brain, they become more and more compulsive despite the negative consequences of Sever.
In the brain, this results in an imbalance or a "homeostatic deregulation" within the reward routes, which explains further how dependency develops and relapses are too common. 1]
When an addict tries to stop at will, only then does he feel full force of addiction. They often do not know the full power of their addiction because they always give in.When you make the decision to try to quit smoking, you are often defeated and may seem lazy because you were lying in bed without a solution. But that's because they have a depleted dopamine level caused by long-term overstimulation.
During abstinence user experiences reduce reward neurotransmitters that cause feelings of anxiety, irritability or stress. The extremely high doses of opiates from opium-based drugs show a profound change of opioid receptors in the brain. 2]
A lack of smoking cessation a destructive habit is not because one lacks willpower, but due to changes in brain function.
Motivation and fear of abstinence will overcome any or all rational reasons to stop participating in behavior. Since the brain has a new point for adjusting normality, then they continue to use without experiencing the horrible lows of being without the drug. 3]
An addict will not recover if forced.
Drug addicts don't need to seek help to work for them. Remember, most drug addicts are already in denial. They think they don't need help, they think it's not going to work and they think. if you are addicted to anything or want to read more about addiction please visit https://itspsychology.com/category/addicition/ 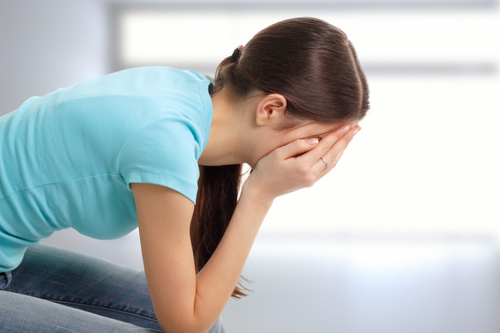